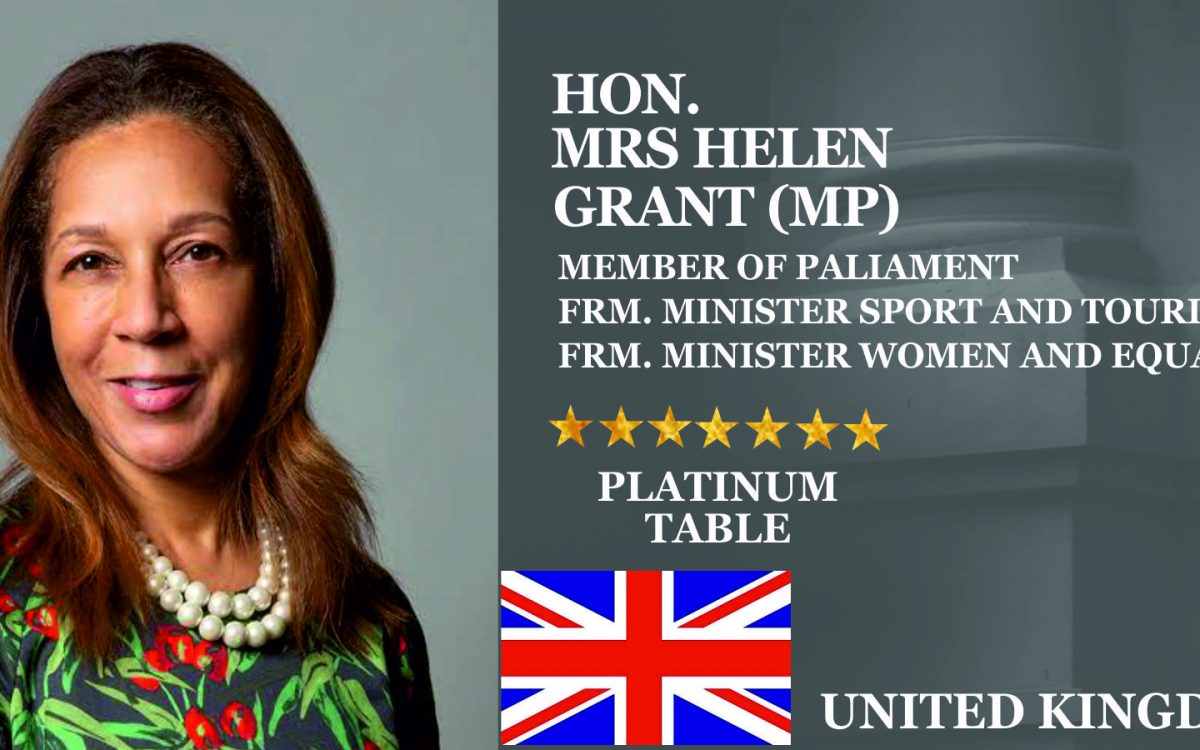 Former: Minister for Justice &amp;
Former: Minister for Women and Equalities
Currently: Member of Parliament UK.
Country: United Kingdom
Helen became actively involved in politics in 2006 and was elected as Member of
Parliament for the Kent constituency of Maidstone &amp; The Weald at the 2010 General
Election. She is the first black female Conservative MP and Minister. She has since been
returned as the MP in the general elections of May 2015, June 2017 and December 2019
with ever growing local support.

After serving on the House of Commons Justice Select Committee she was promoted by
David Cameron as Minister for Justice 2012-13 and Minister for Women and Equalities
2012-2014. During that time, Helen was one of the three ministers responsible for
taking the historic &#39;Marriage (Same Sex Couples) Act 2013&#39; through Parliament. As
Minister for Sport and Tourism from 2013-2015 she notably championed the growth of
women and girls&#39; participation in sport in the UK, driving a similar agenda for people
from diverse and under-represented communities.

In October 2017 she was appointed Chair of the Government&#39;s Apprenticeships Diversity
Champions Network, bringing businesses together with people of diverse and under-
represented backgrounds using the transformational opportunities of a apprenticeship
programmes.
Under Prime Minister Theresa May, Helen served as the Conservative Party&#39;s Vice
Chair for Communities for 2 years from 2018 to 2020. During this period she travelled
extensively and focussed upon issues concerning equality, inclusivity, social cohesion,
racism, and discrimination, engaging deeply with the UK&#39;s many ethnic groups and
communities.
In October 2020 Helen was appointed by the Prime Minister as the UK Trade Envoy to
Nigeria, the largest and fastest growing market in the African Continent with a
population of over 200 million people. She is supporting the drive for economic growth
by building on the UK&#39;s existing relations with Nigeria, maximising bilateral trade and
generating real and long term benefits for the UK.