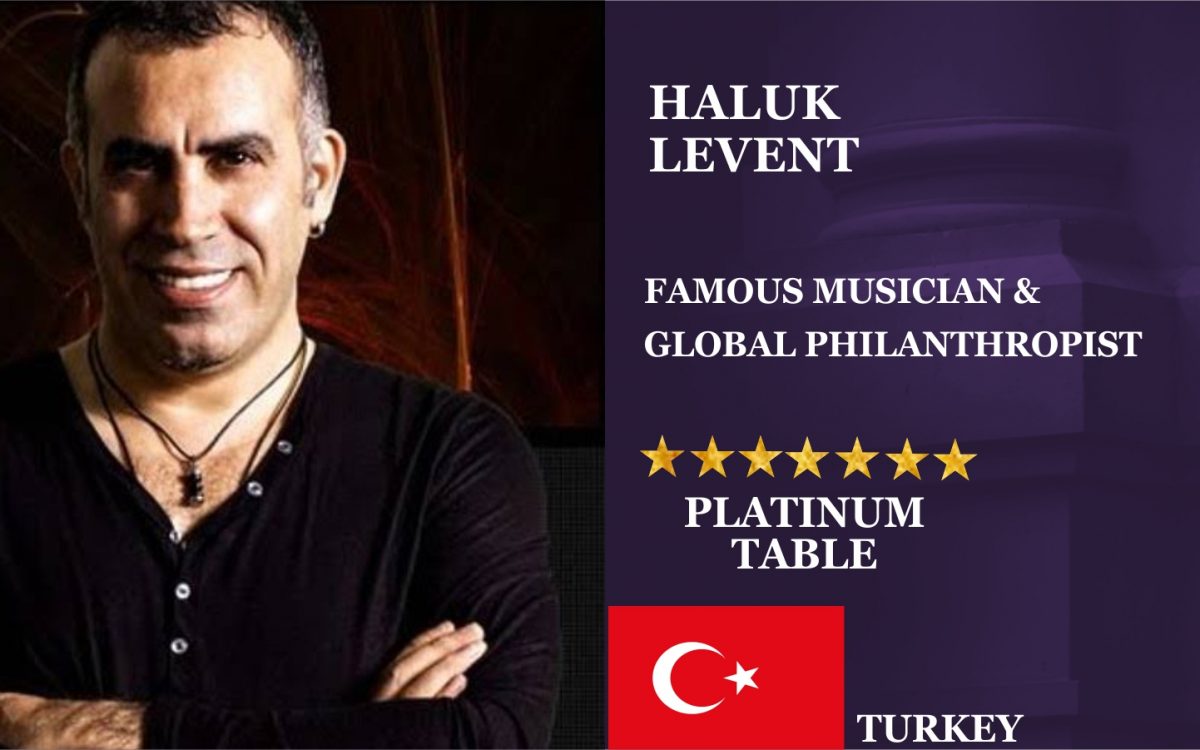 Known for his charity concerts, celebrated Turkish rock music singer  has devised a unique way to help people in need.

With 200 philanthropists and 30,000 volunteers on board, the music star’s voluntary group Ahbap (Dude) has established its network in 70 provinces of Turkey.

“For instance, if a family needs money to pay its rent, I will offer to prepare dinner for the one, who helps the family,” said the singer, while explaining his unique way to help the needy.

Three years ago, Levent started Ahbap as a small platform. It soon gained momentum and attracted people, who turned it into an association.

The association has so far provided scholarships to 245 students, delivered 136 medical devices, medicines and other aid materials to 4,216 families. It has also launched 331 blood and stem cell campaigns.

He came to Istanbul in 1992, and in July 1993 he created his first album called “Yollarda”.  With over Fifteen albums, thousands of concerts, over two books, hundreds of awards, charity concerts, two record concerts (twelve hours) and dozens of environmental lawsuits have fit into his quarter-century-long artistic life.

He said, “I don’t get into politics, but I will establish a social assistance party,” upon the messages of “Let’s Vote to Set Up a Party” on Twitter at the time of the election.

The Dude movement, which started with a joke, became operational as the Dude Platform with the participation of thousands of volunteers, and on July 31, 2017, the Dude Association was officially established.

He continues to do environmental operations, aid campaigns for children, medical product support and many other aids, which he carried out alone, on the Fellow Platform, where he is the General President, now, together with thousands of Ahbap volunteers.

The Famous singer is also seen visiting patients in hospitals. “I see all patients as my relatives. I visit children admitted in hospitals. I sing for them. They hug me, “he said.