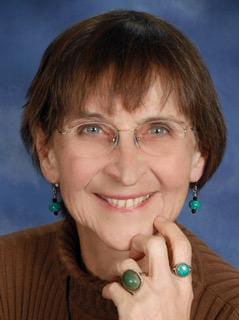 Dr Ann Frisch served as Professor of Education and Human Services at the University of
Wisconsin Oshkosh, US. Among other teaching responsibilities, she taught her students
(undergraduate Human Services and graduate teaching professionals) how to use nonviolent
strategies in conflict situations. Using case studies of exemplary nonviolence work around the
world, she demonstrated the effectiveness and morality of building peace in human
relationships.
Ann Frisch joined an advocacy team at Nonviolent Peaceforce to expand the public
understanding and support for unarmed civilian protection. She served as unarmed civilian
protector in Guatemala where human rights workers’ lives were threatened.
As a UCP and Senior Adviser to Nonviolent Peaceforce, Ann Frisch has documented and
photographed these UCP teams at work. She has been a speaker around the world for both
Rotary and other organizations (Australia, Japan, Bangladesh, Thailand, Korea, UK, Germany,
Brazil, Canada, Switzerland, Bosnia/Herzogovina, Malaysia, Netherlands, and across the
United States) where she demonstrates the success of Nonviolent Peaceforce.
She was an author of the first training manual for unarmed civilian protection in partnership
with the United Nations Institute for Training and Research. The manual has been used to
train UN peacekeepers and unarmed civilians as well. This manual was used to train a
thousand local South Sudanese women in nonviolent methods to protect civilians and work
together to bring peace to their communities, and to raise the status of women in peacekeeping
and peacemaking in their country. It continues to reach youth in Africa by distance learning.
In the past several years, Ann has presented at the World Ranger Congress and the World
Conservation Congress. Rotary, she believes, can directly address the environmental violence
within national parks and other areas around the world because Rotarians can now be safe
working in areas of armed conflict.
Ann has been an NGO delegate to the Decade Review of the UN Geneva Declaration on Armed
Conflict and Development; she presented at the Organization for Security and Cooperation in
Europe (OSCE) in Sarajevo on the importance of women peacekeepers in South Sudan; in
Warsaw at UN-SPIDER (the UN emergency communication network) to link the mutual
networks needed both for natural disasters and armed conflict. She was one of four Rotarians
to be a civil society observer at the Nuclear Nonproliferation Treaty Preparatory meetings at
the United Nations in 2019 representing Rotary Action Group for Peace.